Moblin hosts the Mobile & Internet Linux Project which is an umbrella, open source project focused on the development of Linux for Intel-based devices.

"To this purpose, moblin will host various projects that will provide key elements of community-based projects such as Ubuntu Mobile and Embedded Edition, Red Flag Midinux, and Pepper Linux.."

Smartwatchs started with Android, now they have a Tizen version, this watch may be a good experimental hardware for Embedded Systems hackers to test out their own custom linux firmware !

If you haven't heard, in 2010 Moblin became MeeGo! MeeGo is an open source, Linux project which
brings together the Moblin project a single open source activity.

By now, you may have read that The Linux Foundation, with the support of several other companies, announced a new project, Tizen, to build a new operating system for devices. This new project is first and foremost open source, and based on Linux. So it begs the question: why not just evolve MeeGo? We believe the future belongs to HTML5-based applications,

For Smartphones, Tablets, Netbooks and Smart TV. Also one for your Car, Boat or Chopper for an In-Vehicle Infotainment Gadget. 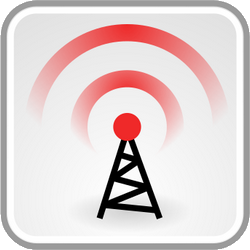